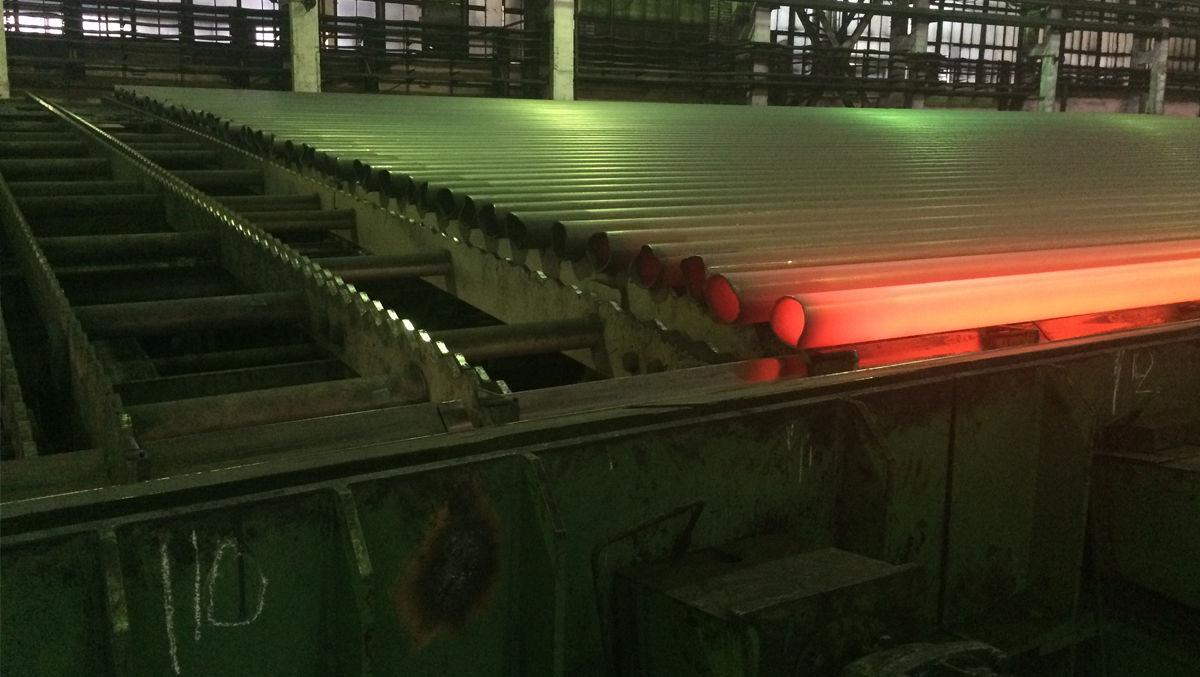 Seamless steel pipes on the cooling bed in the Tagmet PQF® mill.

At the end of May, Tagmet, based in Taganrog, Russia, and part of TMK`s Pipe Metallurgical Company, produced the five millionth ton of pipes on the PQF® (Premium Quality Finishing) seamless pipe mill supplied by SMS group. This milestone batch of line pipes for the oil industry – of 168 millimeters diameter and 18 millimeters wall thickness - was produced using continuously cast billets from a steel plant that was also supplied by SMS group.
Commissioned in 2008, the continuous PQF® mill at Tagmet was the first pipe rolling mill in Russia to use the latest PQF® technology for the production of seamless steel pipes for the oil and gas industry. With six thousand employees, Tagmet is today one of the leading companies in the pipe industry, both nationally and internationally. The mill produces basically all types of seamless steel pipes within the dimensional range of 73 to 273 millimeters, including high-strength pipes with special material properties to meet the ever-growing demands of the market.
“Undoubtedly, this milestone is a credit to the entire plant staff. A key element of the success are the well-coordinated actions of all the SMS group is a group of companies internationally active in plant construction and
mechanical engineering for the steel and nonferrous metals industry. It has some
14,000 employees who generate worldwide sales of more than EUR 2.9 billion. The
sole owner of the holding company SMS GmbH is the Familie Weiss Foundation.
mill’s technical service teams, who – through highly efficient maintenance of the equipment - have always ensured stable and flawless production, and of all our staff members involved in the technological process,ˮ says Sergey Bilan, Managing Director of Tagmet.
Over the years, trustful cooperation between Tagmet and SMS group has led to the continuous further development of the technology in the PQF® seamless pipe mill. Renewed proof of this cooperation is the latest order placed by TMK for the supply of a newly developed mandrel thrust block for the cone-type piercing mill. The thrust block is currently being assembled in the SMS group workshop in Germany.